For Jim Klote, fundraising is all about “face time.” That reference isn’t to Apple’s software nor to any smartphone..application enabling video calls. To Klote, face time means a person-to-person, face-to-face approach to soliciting funds for charitable work. He conducts these fundraising sessions one-on-one or presents them in small or large group settings – but they always remain intensely personal. And he gets results. 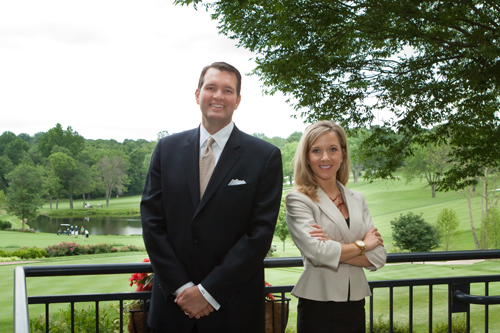 That sentence seems much too short to sum up the incredible success of Ward, Dreshman & Reinhardt, Inc., now a division of James D. Klote & Associates, Inc. In its more than 100-year history, the firm has conducted nearly 8,000 capital campaigns, raising more than $3 billion with little more than firm handshakes and friendly eye contact.

Klote does not take credit for creating this personal approach. Rather he points proudly to the history of the company, detailing the method established in the early 1900s – more than 100 years ago – by its founder, Charles Sumner Ward. Joining Ward, Dreshman & Reinhardt in 1987 at age 26, Klote became president a mere ten years later. As the present owner, he is well-versed in the company’s history.

At the turn of the 20th century, Charles Sumner Ward was director of the YMCA in Grand Rapids, Michigan, working in a facility that was in significant disrepair. Little did he know he was about to pioneer a methodology and bring the world of professional fundraising into being. Rather than repeatedly returning to the facility’s board of directors to approve smaller, incremental requests for stopgap measures, Ward was determined to present them with a single, comprehensive plan and request. He knew that he was seeking quite a large chunk of change and asked the board’s permission to take a simple, yet much more personal approach, by going directly to the donors – either in their homes or places of business – and asking them to give.

“It was an enormous success,” Klote stated, noting how the key component was person-to-person, face-to-face contact. “He was asked to come to YMCA locations all across the United States to put together similar types of campaigns.”

In 1905, Ward’s first campaign was for the YMCA in Washington, D.C. After that, he seemed unstoppable. By 1911, his efforts had significantly expanded to include fundraising for hospital construction as well. It was Ward who led the stunning 1916 American Red Cross membership drive, increased nationwide membership more than one thousand times – from 22,500 individuals to 31,000,000. The equally extraordinary total of $123,000,000 was raised in a connected capital fundraising campaign for the Red Cross that ended the following year. In 1918, Ward directed another national campaign for the American Red Cross resulting in more than $181,000,000 in contributions.

Ward was joined by Christian Dreshman in 1920, who took over as board chairman in 1929 upon Ward’s death. Dreshman established the professional and ethical standards for fundraising, becoming one of the eight founders of the American Association of Fund Raising Counsel. After 35 years with the firm, directing 40 campaigns for educational institutions, Dreshman died in 1955, and leadership passed to Herman Reinhardt. Reinhardt, who had come on board in 1930, garnered great respect throughout the fundraising community, establishing a reputation for viewing the firm’s commitments as personally as his own. Reinhardt guided the firm until he passed away in 1964.

Today Ward, Dreshman & Reinhardt continues this uniquely personal approach handed down by its founder, by assigning a team of fundraising specialists to work on site at each campaign.

“We essentially become a part of the staff for a period of time and we manage all aspects of the campaign,” explained Klote. “We partner with them. We are with them seven days a week to make sure everything goes off without a hitch and enable them to raise as much money as they possibly can.”

This intensive on-the-ground, in-the-trenches, roll-upyour- sleeves style is what keeps Klote’s firm busy, even at a time when hundreds of other professional fundraising firms are competing with them in the marketplace. The differentiating factor, according to Klote, is that most of the competitors offer only part-time staffing and few deploy teams to work directly with the client’s staff and volunteers on a full-time basis.

“In the case of a firm supplying part-time fundraising, the client really does not receive the personal attention we provide,” Klote said.

Along with this comprehensive approach, Klote’s team maintains an additional goal – and it is one that he won’t compromise on achieving. Klote insists the firm’s services never represent more than five percent of the fundraising contributions received by the client. He offers a certificate of guarantee to each client with the option to postpone further work if fees exceed five percent after one month’s work. Thus far, Klote said that the firm averages 3.5 percent – a figure well in keeping with this goal.

His is a profession that sees its ups and downs as the economy bumps along. Yet contrary to what a casual observer might think, Klote noted that the 2008 financial meltdown did not negatively impact the amount of activity his firm has been conducting in the intervening years. But it did alter the company’s mode of operations, including the nature of requests being made of donors.

“To be perfectly honest, we have not seen any change in the level of work since 2008,” Klote said. “What has happened is that the (clients’) needs have changed. Before 2008, the campaigns were building projects. With that comes a lot of debt for an organization. Now, instead of capital campaigns for new construction, we are seeing campaigns that are running just to pay down the debt.”

This represents a more challenging type of fundraising campaign, Klote admits. In the past, donors have been less willing financially to assist with projects, such as upkeep on existing buildings, than they have been to build new ones.

Yet that also is changing. Generally speaking, the existence of debt has become less acceptable since 2008 when its financially crippling effects gripped the nation’s economy, affecting every sector from corporate giants to mom and pop businesses and Wall Street fat cats to average American families.

“After 2008, the credit crisis brought a real tightening of charitable dollars and a shifting focus on retiring debt that had resulted from the building of a school or a hospital or a library,” Klote said. “Organizations did not want to be in debt. It became an easier sell when approaching donors with the concept of paying down debt.”

Klote anticipates new construction will again be taking its place within the world of professional fundraising and he already sees this occurring. Yet, it too differs from the pre-2008 approach.

“People do have more confidence in the economy again,” Klote said. “But they have more savvy now. They do not want to revisit those very difficult times a few years ago when they had to let go of staff people and eliminate programs needed in their community because there was debt to service. The new construction we are seeing now is being done with as little debt as possible.”

Klote plans to continue providing efficient fundraisers for his clients along with the help of Erin A. West, the Vice President of Operations. When she began working with Klote in 2001, she brought extensive experience as an event and marketing coordinator in the highly competitive Washington, D.C., market. She now oversees the twice-yearly direct mailings for Ward, Dreshman & Reinhardt and draws up specialized and personal contracts for the firm’s clients. She recently wrote a company manual outlining procedures to ensure proper matching of firm employees to client needs. For Klote, that is a crucial part of the success the firm has seen for more than 100 years – it is a component he intends to keep.

“It’s amazing to me to be associated with a firm that has such a rich history, a successful track record, and a campaign plan that has existed for more than 100 years,” West said. “WD&R has been making a huge impact in the fundraising arena for the past century and we plan to continue to help non-profit organizations reach their campaign goals for the next century.”

For additional information regarding Ward, Dreshman & Reinhardt and the services they provide, please contact Erin West at 1-888-830-0533 or go to www.wdrincorp.com.