New Haven, IN – Central Lutheran School kicked off its “Thankful for Our Heritage – Committed to Our Future” Capital Campaign in record style. As of January 9th, just over 100 families had already committed over $4.42 million dollars.

That total not only represents the best kickoff ever in Central’s history, it also represents about $2 million more than their previous best campaign! 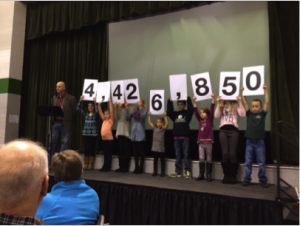 Central Lutheran School is a growing Lutheran elementary school in the Fort Wayne area of northeast Indiana. Growing enrollment in the day school, a relatively new but successful preschool, as well as some needs that have been put on the ‘back burner’ for over twenty years all combined to motivate Central Lutheran to take on one of the biggest projects since the school was built in 1952. The new master plan includes a much larger gymnasium, additional classrooms, a renovated and more secure entry and administrative space, as well as an early childhood center that will feature Kindergarten and First Grades as well as room for the rapidly expanding preschool. If finances permit, a new fine arts wing would also be added to accommodate Central’s award winning music program.

Altogether, the master plan would require over $10 million in funding. In the fall of 2014, leadership at Central presented a more modest plan that would have only been about half this size, but the overwhelming opinion then was that they weren’t thinking “big enough.” So the building committee and architects went back to the drawing board and returned with a greatly expanded project that would address almost all the needs for this rapidly growing school for the next 30 or 40 years. Feedback from Central’s supporters was enthusiastic when it was presented during a 6 week Readiness Assessment conducted by Ward, Dreshman & Reinhardt, Inc. in August and September of 2015. Afterwards, the quiet phase of the campaign began and preparations were made for the kickoff celebration.

Jon and Carolyn Meyer serve as co-chairs of the campaign and were happy to report to the crowd of over 250 at the kickoff event that Central Lutheran had already achieved a level of financial success that has never been seen before in the history of the school. “Extraordinary accomplishments cannot be achieved with ordinary commitments. What we’ve seen so far has been inspirational and we pray that will continue in the coming months,” said Jon Meyer. 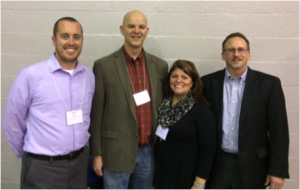 Central Lutheran had good intentions in the past, particularly about building a new gymnasium. But each time, not enough dollars were committed in order to make the project a reality. “Part of the reason Carolyn and I agreed to lead this campaign,” said Jon Meyer, “is because we want to change that recent history. We see this as an opportunity to turn a new page.”

Critical to turning that new page was taking a new direction with the capital campaign. After researching many different firms, the governing board settled on the direction of Ward, Dreshman & Reinhardt, Inc. Principal Kevin Creutz said, “It’s safe to say that we would never have achieved this high level of financial commitment without their guidance.”

Steve Siegel is the consultant serving Central Lutheran from Ward, Dreshman & Reinhardt, Inc. Siegel said, “This has been a very rewarding project so far. The leadership has really stepped up in order to get this campaign off to a good start.”

For additional information regarding Ward, Dreshman & Reinhardt or James D. Klote & Associates and the services we provide, please contact Erin West at 1-888-830-0533 or go to www.wdrincorp.com or www.jdklote.com.